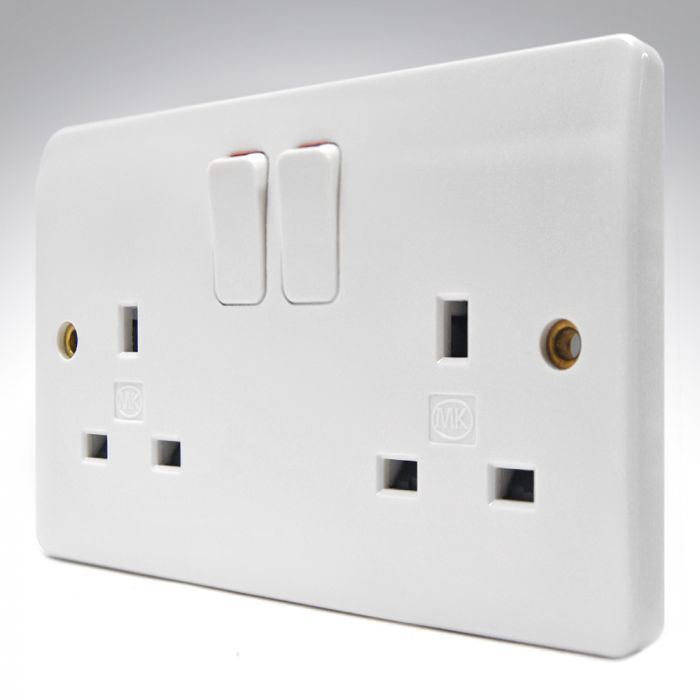 The MK K2747 (also known as MK 2747 MK Double Socket, MK Double Switched Socket and MK K2747 whi) is the industry standard in double switch sockets. Seen in domestic, commercial and industrial environments alike the MK Double Socket is both aesthetically superior to it's rivals, but also more advanced in its technology:

All MK Sockets have the following features:

We stock a wide range of MK Logic wiring accessories, but if you cannot find the MK Socket, MK Switch, MK Fused Spur or any other MK Logic Wiring accessory, please do not hesitate to contact us as we will add the desired Mk item to our MK Logic Range.