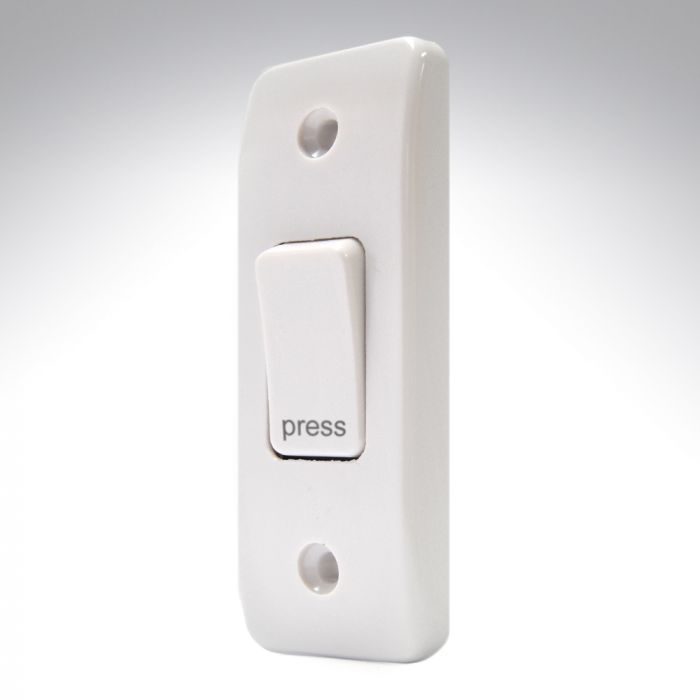 The MK K4848P MK Retractive Architrave Switch can be wired as 'Push to Break' or 'Push to Make'.

Why not take a look at MK Electrical's range of wide rocker switches? MK Wide Rocker Switches not only provide a stylish alternative to standard MK light switches but with the fixing screws hidden, the rocker cap acts as an extra barrier to prevent tampering in public places. They are practical and easy to use for both young and elderly alike.

We stock a wide range of MK Logic wiring accessories, but if you cannot find the MK Socket, MK Switch, MK Fused Spur or any other MK Logic Wiring accessory, please do not hesitate to contact us as we will add the desired Mk item to our MK Logic Range.